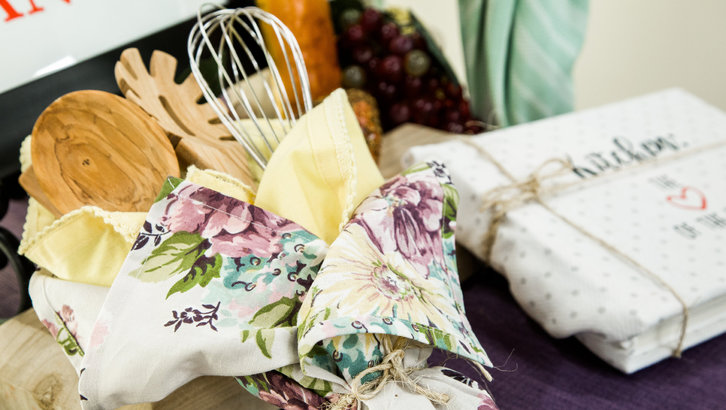 Right now (literally right now as I’m writing this), I’m moving out of my old home and into a new home (well…new to us).  And as I’m surrounded by boxes, ending one chapter of life and moving to the next, I think about the things I really need… and the things that it’s time to say aurevoir to! One thing that definitely comes to mind is my kitchen towels! I feel like anyone needs kitchen towels when making a move, or is just looking for a little way to brighten up their space! I’m sad to say that most of mine are dingy, have holes in them, and probably shouldn’t make the trip to the new house.  But I believe that you can never have enough since most of them lose a bit of their luster over the years, and why not think outside the box with these little babies? It’s a great way to give a gift to someone who is moving to a new home, or is looking for a little update in the ol’ kitchen.

So here’s what I’m thinking…using kitchen towels as wrapping paper for a cook book, as a wrap for utensils, wrapping up a wine bottle, and even framing a cute towel to add some artwork to your kitchen. The possibilities are endless, but let’s start with just four!

Do you have a gift that just keeps on giving? Share with us in the comments below and remember we want to see your DIY’s on Instagram and Twitter  so make sure you follow @PaigeHemmis

If you missed the episode check it out by heading over to Home & Family where you can watch how-to step by step! 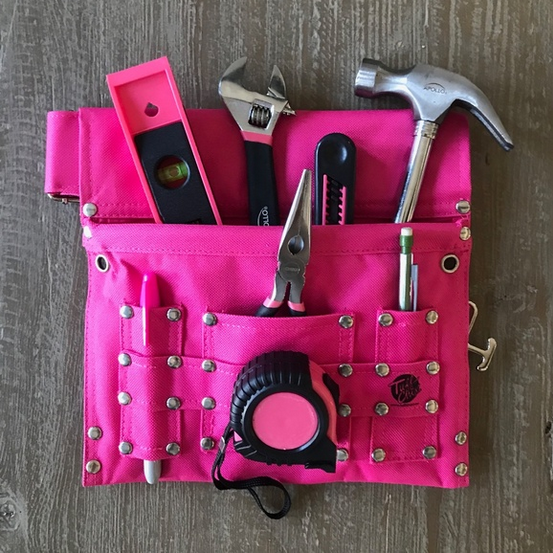